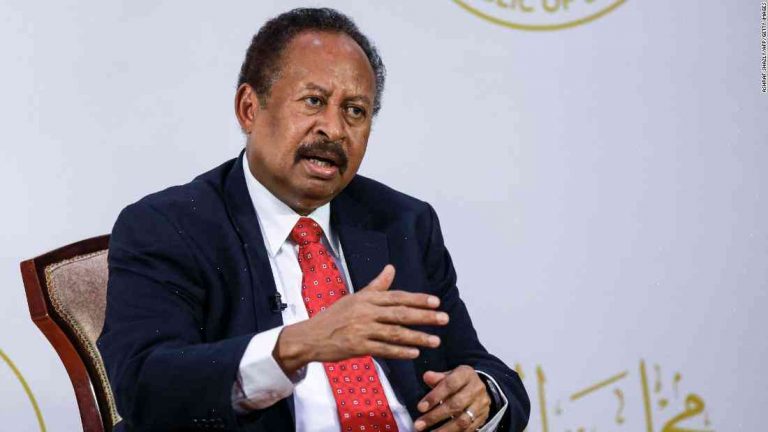 Sudan’s newly freed prime minister defended Thursday the government’s agreement with the military, saying he left power in the south to avoid “bloodshed” and to reconcile warring factions in Darfur.

Khartoum released Salah Gosh late Wednesday, freeing him from 22 months in prison after a peace deal with the army ended a border dispute. Gosh, 69, was the U.S. government’s designated terrorist on three occasions between 1984 and 2006 for alleged involvement in international terrorism.

Gosh, Sudan’s first prime minister to also serve as defense minister, thanked Sudan’s presidential council and the political opposition for agreeing to the September peace agreement. It paved the way for the formation of the national unity government, which Gosh says includes parties that supported terrorist organizations and wanted to kill him, including then Al-Qaeda leader Osama bin Laden and Libyan dictator Moammar Gadhafi.

“If we wait for all these obstacles, the time will not come for us to save our dear country and our children,” Gosh said at a televised conference, “I made it for that goal.”

Gosh is a member of Sudan’s Muslim ruling Al-Nour party. He ruled Sudan’s southern and western provinces for decades, at times led the country’s military and oversaw the attacks against Darfurians in 2003. He said a review of the peace deal reached in September would be completed by May, and predicted it would be considered “rosy.”

His arrest last June followed months of an offensive by pro-government militia in Blue Nile and South Kordofan, which had been merged into a single province. The armed group targeted civilians and destroyed infrastructure to push the south toward the north.

“It is not for months, it is for two years,” Gosh said, emphasizing that the armed group had given up all positions after agreeing to the peace deal.