A number of serious investigations and reports have alleged the economic arm of Nigeria’s government conducted falsified audits of international toll roads in the country. The claims came to light late last year when… 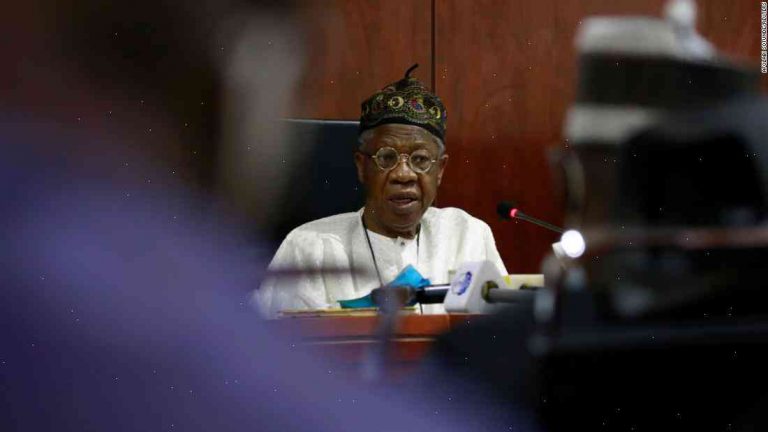 A number of serious investigations and reports have alleged the economic arm of Nigeria’s government conducted falsified audits of international toll roads in the country.

The claims came to light late last year when Nigeria’s government threatened to punish CNN, along with other international media outlets, by suspending their licenses, the BBC reported in December.

The government’s move to enforce what is called “a gag order” on the media was made in response to two reports by Al Jazeera, following a BBC investigation into how Nigeria’s environmental ministry assesses an international toll road overland between Lagos and Kano.

The first of the two Al Jazeera reports linked the economic and environmental downturn in Nigeria to what the report asserted was an apparent malpractice on the part of the Environmental Ministry and Nigeria’s ministry of transportation and asked the ministry to provide details about what it called its flawed, “illegally invented” auditing procedure.

To substantiate its claims about “fraud, fraud, fraud,” Al Jazeera cited a report by auditor and forensic accountant Daniel Ekweise, who alleged in November 2017 that the audit process alleged to have been undertaken by the Ministry of Transportation between 2005 and 2016 may have inflated the budget of the toll bridge by $24 million.

Ekweise, a former partner at PricewaterhouseCoopers, told Al Jazeera that Nigeria’s environmental ministry either knowingly signed its verification reports that showed irregularities or overlooked “direct evidence of fraud” that may have paved the way for questionable work to be completed.

In a Jan. 16 statement, Nigeria’s Ministry of Environment called the news reports “false and misleading,” and insisted “none of the reasons given by Al Jazeera are substantiated by documentary evidence or any facts presented by the Nigerian authorities.” But it also provided no concrete evidence of how Al Jazeera got the news reports inaccurate.

The energy ministry, which funds the organization that oversees the country’s multi-billion-dollar investment in energy infrastructure, said in the statement that its alleged toll road audits appeared to have been performed by four civil engineers in the National Environmental Standards and Regulations Enforcement Agency (NESREA), as shown in the auditing reports.

“They may be NDEA officials or regulatory officers. As we speak they are still detained and threatened,” the energy ministry said in the statement.

It further added that “reports of no inspection” had been circulated about the toll road that was nearing completion but were “a concerted attempt to misinform the public with falsehood.”

Nigeria’s government last week once again raised the stakes by threatening to retaliate against Al Jazeera, which based in Doha, Qatar, with visa restrictions. Officials have not specified which visas will be impacted, but visa workers in Nigeria, particularly from the Gulf region, are often essential to running complex construction projects in Nigeria.

Nigeria’s president, Muhammadu Buhari, told journalists in a televised address on Tuesday that he is “extremely concerned about the efforts in which some sections of the international media are attempting to destabilize our country,” according to the BBC. He said the country had “done enough investigating and the government will not need to investigate Al Jazeera.”

CNN and Al Jazeera told to ‘surrender’ by Nigeria

Vacationing beside Fukushima is still an option