Forecasters predict no end to the risk of travel disruption and outbreaks of heavy rain as the bitter cold snap finally arrives. Widespread frost tonight will bring a far-reaching freeze before sub-zero temperatures and… 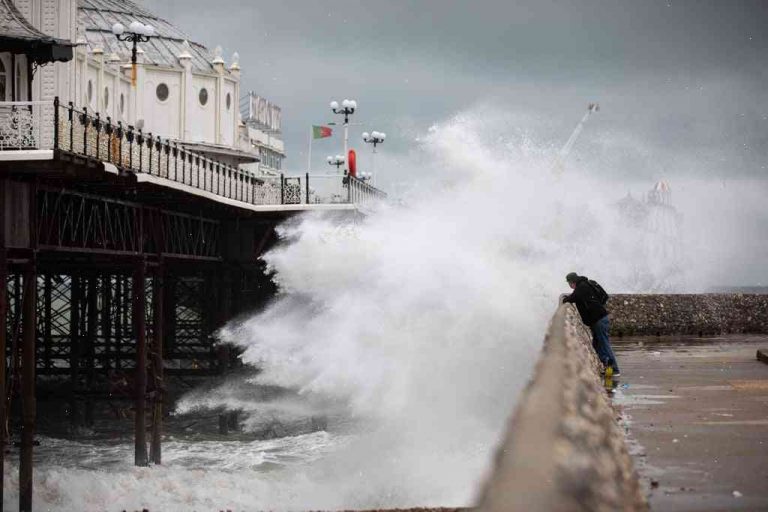 Forecasters predict no end to the risk of travel disruption and outbreaks of heavy rain as the bitter cold snap finally arrives.

Widespread frost tonight will bring a far-reaching freeze before sub-zero temperatures and snow are expected over high ground on Thursday.

Harsh rain and strong winds will hit the country on Thursday evening, when freezing fog will form in the south before spreading to the Midlands, Wales and the north.

Through Thursday night to Friday morning, strong winds are expected to batter Scotland and northern England as snow will blanket higher ground.

Brutal freezing fog may also form on Thursday night into Friday morning in central parts of England, including London, Leeds and Manchester, where temperatures are likely to sink as low as freezing.

Despite several days of mist and fog hanging over Scotland and northern England, forecasters expect there to be enough sunshine elsewhere to sustain temperatures in the mid-teens.

Cold air is likely to settle across the country over the weekend, with snow still possible on higher ground and where windchill drops temperatures down as low as -10C (14F).

‘A unique and unusual combination of cold air aloft, low pressure weather fronts and Arctic air coming in from the North Pole’

In Northern Ireland, temperatures will hover around freezing from Thursday night into Friday morning, before dropping to 0C or below in many parts by Saturday.

This will be the first widespread drop in temperatures since March, but with a series of strong winds throughout the country they are likely to remain near -10C in the north.

The cold snap is likely to follow a quieter spell of weather, leading up to Christmas.

A spokesperson for the Met Office told the Washington Post: “While there may not be heavy rain in the south this week, there will be patches of fog, so it will still be cloudy, cold and showery.”

The Met Office is currently forecasting temperatures to drop as low as -10C on Friday night and on Saturday.

Later this week and into the weekend, the cold will continue, with strong wind gusts over Scotland and Northumberland leading to disruption, including delays to road, rail and air travel.

The spokesman warned snow is still possible in the Scottish Highlands and the north, including Aberdeen, Aberdeenshire and north, where it could linger until Sunday.

The long-range forecast shows a change in the weather from Thursday, when the jet stream will be moving from north to south.

However, this won’t have much of an impact on the weather in the eastern United Kingdom, and drier, but colder weather will eventually arrive.

The office expects temperatures to reach 10C or 11C on Thursday, with even colder weather returning for Christmas.

“With temperatures dropping, particularly overnight, particularly in the north, it is likely to be chilly at Christmas,” the spokesperson added.