By Shea Serrano, Washington Post NASA announced Monday that it will launch the first lunar rocket in decades from Cape Canaveral, Florida, next month. The Dawn spacecraft will launch atop a Delta IV Heavy… 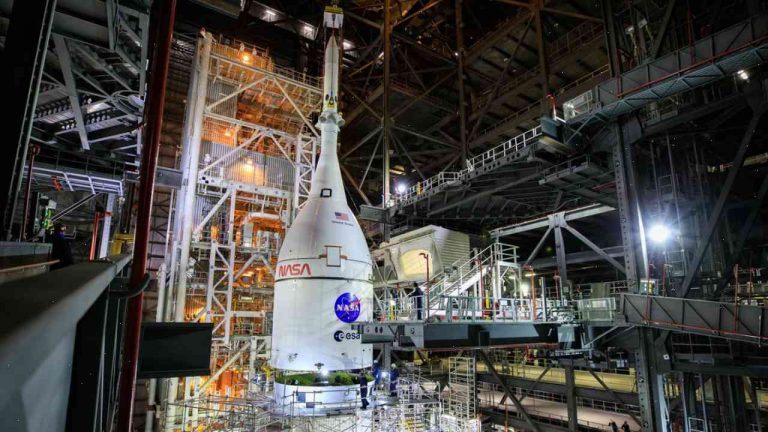 NASA announced Monday that it will launch the first lunar rocket in decades from Cape Canaveral, Florida, next month.

The Dawn spacecraft will launch atop a Delta IV Heavy rocket on Feb. 6, with a target trajectory called Safe Return to Earth. Once the rocket is out of Earth’s orbit, Dawn will spend two months slingshoting around the sun to enter orbit around the dwarf planet Ceres, the closest thing in the solar system to an asteroid.

A day before the Dawn lift-off, NASA will celebrate the 50th anniversary of the Apollo 11 moon landing. The moon mission is classified among the “foundations of modern astrophysics” and “long acknowledged as the most famous single astronomical feat in human history,” according to the agency.

But the Apollo missions brought astronauts far from Earth’s nearest star. Then, in 1965, the rocket of the unmanned Voyager missions, piloted by Eugene Cernan and Harrison Schmitt, soared far from the sun, out to interstellar space. This allowed scientists to receive and analyze data about the influence the path through interstellar space had on the faint glow of the sun’s light. Voyager was the first to enter interstellar space. Since then, more than four dozen spacecraft have crossed the interstellar boundary, with some making it to Earth, others in the water around Mars. A new spacecraft, Nix, left orbit around Mars on Friday and will spend several months traversing between planets in the solar system.

But the solar system is far from limitless. The solar wind passes only a fraction of the way around the sun, and spacecraft getting sent into space have to rely on other energy sources. Interstellar space is one of the few destinations left to explore, and NASA launched its first spacecraft for this purpose in 2009. Dawn launched in 2011. Its science mission ended in 2014 with its deployment of a series of instruments on Ceres, an asteroid.

Dawn will take two years to reach Ceres, using sensors to examine the planet’s surface and collecting data about its features and structure. It will begin its trajectory beginning Feb. 6 and reach Ceres in June, NASA announced.

It’s not yet known whether Dawn will send up objects that could enter Ceres’ atmosphere. NASA added it will be exploring whether such an event would be predicted accurately before spacecraft launch.

According to NASA, Dawn was placed on a conservative trajectory to avoid putting the spacecraft through asteroid-style impacts. A collisionsite can collapse within five to 20 seconds, burying the spacecraft in salt water. The damaged spacecraft can explode and plunge through the ice.

But NASA did prepare the spacecraft for the possibility of collision by building shields so that it can survive just two impacts on its solar panels. If the debris passes below the spacecraft, it would survive.

Information from The Washington Post was used in this report.