Tennis star Caroline Wozniacki will be the first tennis player to donate her winnings for qualifying to her 2017 French Open winnings to help raise funds for World Mental Health Day on Nov. 7…. 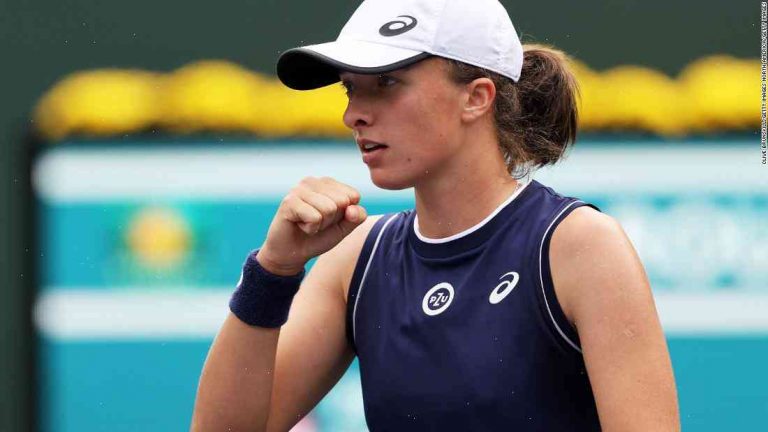 Tennis star Caroline Wozniacki will be the first tennis player to donate her winnings for qualifying to her 2017 French Open winnings to help raise funds for World Mental Health Day on Nov. 7.

The 26-year-old Dane, ranked No. 7 in the world, won the tournament in May, tying a record score of 31 aces in a final set against American powerhouse Sloane Stephens.

“As an athlete, it’s very important to stay strong and put yourself in situations that you have to win. You have to perform at the highest level in order to compete for a big title,” Wozniacki said in a statement. “During the French Open tournament, I had to win a lot, as I had been in the semi-finals and quarters. It was tough physically, mentally and emotionally. And at some moments during the match, I needed to stretch my arms or use a table tennis paddle to get up off the ground. I wanted to find a way to reach out to others who might be struggling with similar situations and help them through their own tough times, and I believe that my winnings will be a good way to reach that goal.”

Earlier this year, tennis legend Serena Williams introduced her organization, The Serena Williams Fund, to help raise awareness about mental health, and her campaign, #BeHappy, is focused on keeping young people healthy, learning to manage emotions, and promoting positive mental health by encouraging their peers to reach out to someone for help. She also launched the No Mercy Program, where players are asked to tweet a message of hope and positivity on International Women’s Day on March 8.

“Everyone deserves happiness and the right to be treated as a whole person,” Williams said. “It is not just about giving someone some money when they are depressed, we need to address their challenges so they can have a brighter future.”

The World Health Organization estimates that between 350 and 1,350 million people globally suffer from mental illness, with nearly 300 million experiencing serious depression and more than 900 million having a diagnosable mental disorder.

To learn more about how you can give to the United Nations’ campaign, visit united.un.org.