Finally, we are finished demolishing our communities

Media accounts say bulldozers are on the ground in Cleveland breaking ground for the next phase of the city’s revitalization. The festivities mark the start of construction on a brand new rapid streetcar line… 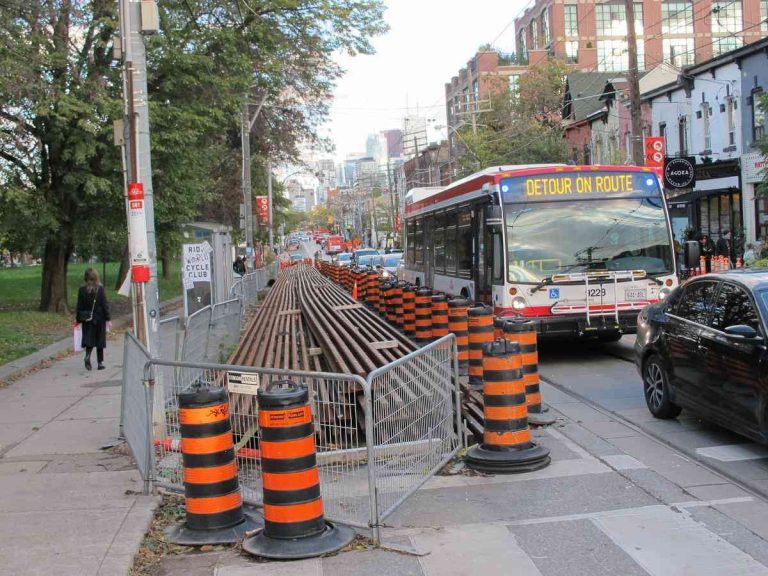 Media accounts say bulldozers are on the ground in Cleveland breaking ground for the next phase of the city’s revitalization. The festivities mark the start of construction on a brand new rapid streetcar line and the hiring of 600 construction workers — which sounds like the start of a great new day for Cleveland. What headlines do not seem to highlight are some of the major problems the plan could present for this region.

Of course, digging up streets and tearing down historic homes and storefronts is never easy. But it’s even more painful to see the Cleveland’s population continually decline and the quality of life become worse for its residents. Is the plan to spur economic development going to work or is it going to lead to yet another round of lost jobs, declining quality of life and gentrification?

Specifically, why is the plan for 8,000 feet of overpasses for the $65 million project? Why is it taking longer than expected to build it? Why is the agency controlling the new route, the Greater Cleveland Regional Transit Authority (RTA), spending so much on that project? The reason is that the feds have refused to fund the project on its own, so RTA is asking taxpayers to bail it out by up to $200 million. Yes, this is how our tax dollars are being spent. And yes, this is to rebuild an eight-lane freeway that will be nothing more than an overpass in the short term.

RTA says it needs to take advantage of eminent domain to acquire all the property in downtown Cleveland that will make way for these new lines because it does not have the money to buy or condemn land itself, so it must use its powers of eminent domain to make way for these curbside storage boxes to keep the streetcar rolling. The fact that it needs to do this to get these new lanes built suggests that the plans have been further redrawn since this project was first proposed five years ago. The unanimous opposition from the neighborhoods where these new lines will travel also suggests that the original proposal may no longer have any support.

But what about the 4,000-foot road tunnel for the new lines that has been proposed for the West 25th Street interchange? I mean, what the heck is a garage to contain all those shiny new rails and tracks for? It’s a real problem. After excavating some 20 acres for these new lines, RTA may have to develop a new road tunnel for the resulting traffic. Apparently some folks do not want the streetcar to get there without a little detour.

According to the project’s website, the streetcar’s new stations are supposed to be three to five stories tall — and that’s for those that are actually finished. They may as well just use trucks to deliver the place to make sure it’s affordable.

Perhaps the next generation of buses will be permanently elevated like the really good ones we get from cities like Detroit. Just imagine what transportation alternatives would do for the poor, suburban and inner-city residents in Cleveland’s inner cities and neighborhoods that will be hardest hit by this project. Many of these residents rely on these public services and they don’t live in the dense areas where these new lines will go.

And as for the restoration of some historic homes in Cleveland, let’s just imagine for a moment if instead of bulldozing these properties, it had decided to offer them new homes somewhere else that could accommodate their new seating, electric, internet, improved lighting and walkways. Maybe those multimillion dollar homes could even retain some of their historic features, like stained glass or even murals by that great urban artist Stanislaw Lem.

Instead of razing historic homes, the construction manager could have, oh, hmm, an elevated park instead of a curbside storage garage.

And it just wouldn’t be Cleveland unless the uberwealthy got rich somehow and doled out even more money to whatever community officials decide to build on their property, so there would be some proper allowance for private property rights, that nothing could go wrong.

Can you hear the train whistle yet? And can you smell the grindstones? We can’t wait to see what happens.

Olympic boycott looms for Beijing, as Canada takes heat for not playing fair