When the $450-million “Salvator Mundi” went on display at New York’s Metropolitan Museum of Art last year, it turned heads, particularly when it was revealed that it had been built by a 17th-century courtier’s… 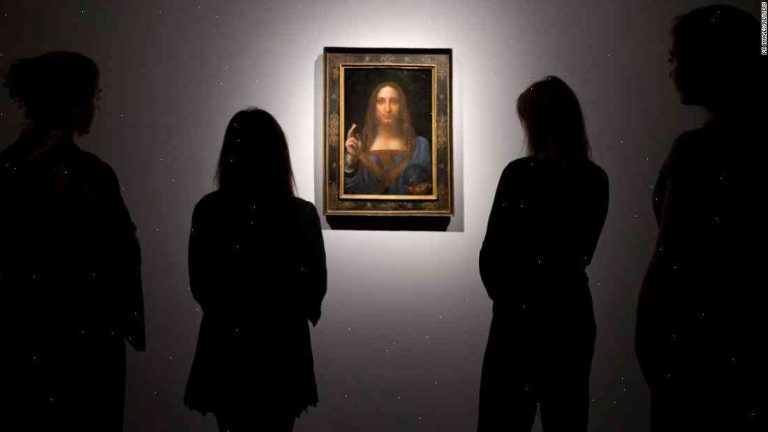 When the $450-million “Salvator Mundi” went on display at New York’s Metropolitan Museum of Art last year, it turned heads, particularly when it was revealed that it had been built by a 17th-century courtier’s son as a commission for the queen of France.

It was the most expensive painting ever sold and experts were quick to declare the work the earliest and most important Renaissance masterpiece ever painted.

But now, the museum has cast doubt on the picture’s authenticity, saying it has obtained new evidence that casts doubt on the appearance and technical quality of the oil painting.

Such “doubts have an effect” on a work’s value, Merton Murphy, a Met curator who researches European art, wrote in an article released last week that drew fierce criticism from the art community.

“In my opinion, the expense of the current (online) undertaking is significant,” he wrote, alluding to the museum’s most recent attempt to authenticate the painting.

The Metropolitan said it had decided to undertake an extensive new research project following news reports that circulated in December about new evidence on the painting.

The Associated Press reported at the time that two experts who had examined the painting, Andy Card and Ben Peters, said they believed it had more scratches on the edge than the Metropolitan Museum had reported.

The museum, however, said that the new analysis of the painting did not change its conclusions.

The curator said that there was nothing unique in the “doubts” — the only new thing about the painting came in a spot of color in the lower-left hand corner of the picture.

Murphy said he and the Met’s painting expert, Carla Toomer, had reviewed a print of the work showing an “orange highlight.”

The newspaper published the photograph in November, noting it appeared to be an ordinary paint color on the bottom left corner of the painting.

“One would not expect to find much detail or brightness in the orange, but from the digital analysis of the photograph we can say that it is not a studio color, it is an external paint pigment which is not paint color — and that it is natural paint pigment, not a dealer’s sample,” Murphy wrote.

The journal Painting and Sculpture Historica stated that the discovery showed that the painting was poorly painted and that “thieves may have sold it with paint that is both distinctive and low in quality.”

At the time of its unveiling last year, Philippe de Montebello, the Met’s director, said the painting “might actually be the oldest portrait in existence.”

He said there was a strong possibility the painting was created for the wife of King Louis XIV, who reigned from 1564 to 1620. She died in 1603.

The Met had never displayed a painting this old before, de Montebello said.