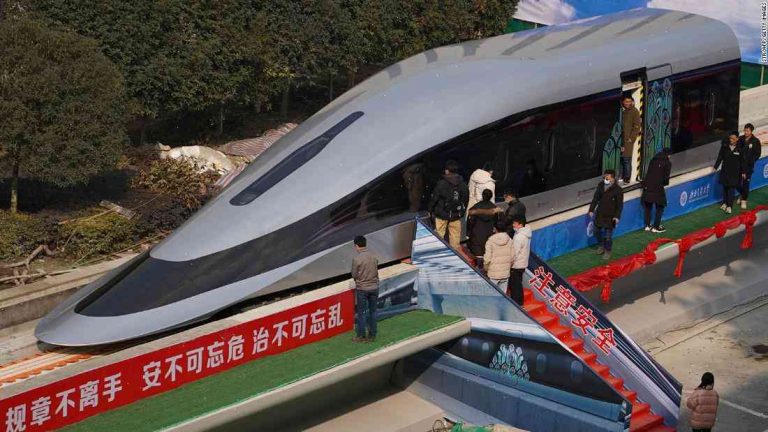 A prototype of China’s rail line to the southwest nuclear plant has hit a record-breaking 620kph (398 mph) on its maiden voyage, state media says.

The 600 metre-long solar powered gauge train will accelerate to 30 kph a minute, or 13mph faster than a current high-speed train.

The train will be able to reach the Yucca dam, the world’s largest nuclear reactor.

The new track is intended to speed up water transportation from the gigantic industrial park nearby.

The prototype, built by Chinese state firm CDRX, runs along a 109-km (67-mile) underground track from the subway line to the Yucca dam on the Gobi desert.

Originally, China had intended to bury the 1,000km long 4,120 kph (2,000 mph) track underground to reduce the distance between the lines.

But a cost-cutting measure led to the solar-powered gauge line being built instead.

China has also recently been updating its station infrastructure and aiming to double the frequency of its railway lines by 2020.