Today, all eyes are on Yemen. Yesterday, they were on Somaliland. Both events illustrate how change in government is rapidly spreading in Africa, and both play a critical role in defining the relationships within… 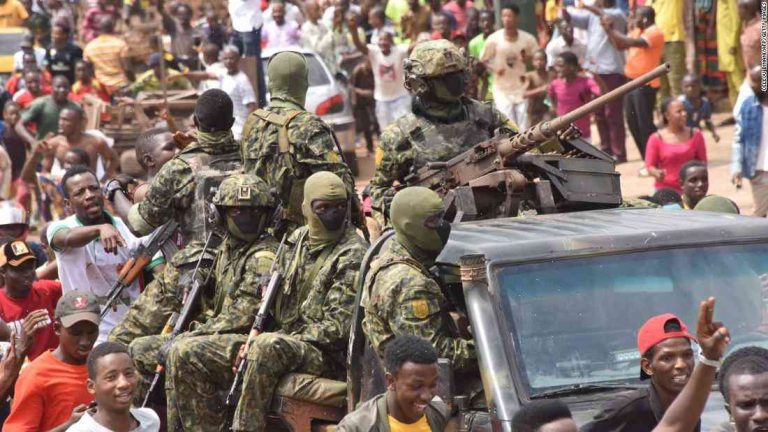 Today, all eyes are on Yemen. Yesterday, they were on Somaliland. Both events illustrate how change in government is rapidly spreading in Africa, and both play a critical role in defining the relationships within this continent.

In Yemen, the United Arab Emirates intervened on behalf of the Saudi-led coalition, which has been fighting Iran-backed Houthi rebels. The Arab nations claim their goal is to restore Yemen’s exiled president, Abd Rabbo Mansour Hadi, but so far the political process has yielded little progress on a peace settlement. How this conflict will affect Saudi Arabia remains to be seen. If power slips from the hands of this nation, Saudi Arabia, and it reflects negatively on the host nation, it may have broad consequences.

On the other side of the region, Somalia holds presidential elections today. Somaliland broke away from Somalia in 1991. It has held an independent legislative vote every three years since. The United Nations has applauded Somaliland’s progress, and it helped implement a peace agreement signed by the former Somaliland, Djibouti, and Somalia in May 2015. Much of this credit and goodwill is due to one nation—Somaliland. It is a fragile republic. If Somaliland ends up in the hands of opposition parties, and if the process suffers from instability and also fails to obtain enough international support for a lasting peace, then the promise of Somaliland’s independence might unravel.

Tunisia is a similar case. Although the country passed a landmark constitution in December 2014 that instituted democracy and a newly organized election commission, Tunisian reforms are in jeopardy. The National Constituent Assembly president, Elhami Rachid, has refused to make amendments to Tunisia’s constitution that may be needed to unify the country. These reforms—sponsored by Tunisia’s new government—would address the same issue that the coup in Yemen and Somaliland’s political progress have stirred: transforming a corrupt government into a modern, representative democracy. It is a challenge that Tunisia faces not only domestically, but also internationally.

International news agencies are reporting that there are concerns over an upcoming election, which is supposed to end with the holding of Tunisia’s parliamentary polls next May. Rachid and her opposition seems to be amenable to merging the two bodies, allowing for the international community to provide funds and technical advice. But some members of the assembly are insisting that the transitional government abide by the constitution. Their argument is that these changes would reduce the chance of uprisings because the government would be judged more by its actions than an election result.

The next year will reveal whether the Tunisian government will be able to integrate the transition from Islamist to moderate government.

Neither Africa nor the Middle East is the only region where progress is being made. Myanmar remains a victim of extremist violence and ethnic tensions. But the country’s courageous political reformer, Aung San Suu Kyi, has been making strides. She is called the “Burmese Gandhi” for her determination to lead the country, and in its progress, she echoes the experience of Nelson Mandela. Suu Kyi was freed from house arrest in 2010. Today, her party is in power.

In the Balkans, democratic transitions are forging ahead. Most prominent among them is Bosnia and Herzegovina, which has elected a new president after the country’s first truly democratic election, held last year. Slovenia is on the road to joining the European Union, which should further improve its prospects of enduring its recent secessionist referendum, voted down in June.

In the past, outsiders have made different comparisons. Al Qaeda morphed from local militants to a global organization, President Barack Obama has said. A Somali Islamist warlord took over the government in Mogadishu, and then an al-Shabab-linked group took over the city. In 2015, there were close to 1 million refugees and internally displaced people inside Somalia, and around a third of them were stranded at the Bab de Mul.

But modern day developments—Ethiopia’s changes, Suu Kyi’s role in Myanmar, and now the rise of Tunisia—are all examples of how a disruptive force can also have positive consequences. Which is perhaps why so many Africans are nervous about changes in their governments.