Why should Canada pull aid from Ethiopia if its treatment of the innocent is even worse? | Chris Dolan

Canada says it “stands with Ethiopia” after one of its embassy staff was kidnapped and assaulted. The government is, however, simultaneously preventing aid agencies from meeting with the family of an Ethiopian aid worker… 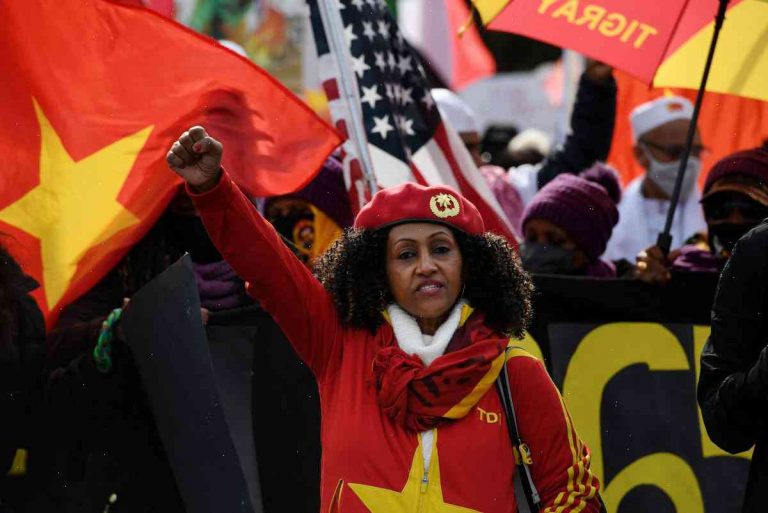 Canada says it “stands with Ethiopia” after one of its embassy staff was kidnapped and assaulted. The government is, however, simultaneously preventing aid agencies from meeting with the family of an Ethiopian aid worker who died in police custody, and there is ongoing pressure from the Ethiopian government on Canadian government officials trying to deliver aid to areas of conflict.

The government has refused to meet with Ms Maya Qimin’s parents in Ethiopia. Mr Douglas Qimin has said they have been told “if we go to Ethiopia there could be negative consequences”. Ms Qimin is on a UN humanitarian flight to Istanbul, which is dependent on the government’s assistance.

There is a long history of criticism of Canadian diplomatic missions in Ethiopia, often from evangelical “Save the Children” charities, which seem to fight the wishes of the Canadian government every step of the way. These critics say they are concerned about the safety of the aid workers. Many have already gone to a meeting at the Royal Military College and other military campuses with Canadian officials but were shouted down by the visiting foreign minister. The American Embassy refused to meet Mr Qimin’s parents and some families, including the families of aid workers, have made pleas for meeting but the Canadian government continues to insist that the Ethiopian government make sure that they have adequate security for their talks with Canadian government officials.

The US and the EU have said the bombing of a health centre in Lira, which killed 15 civilians and injured nearly 100, is inconsistent with international law. They have said the UN, Chinese and Swedish foreign ministers are there to monitor the safety of international peacekeepers, not with the intention of meeting with the Ethiopian prime minister, including with Mr Abiy Ahmed. An Ethiopian minister said he does not believe that he “says anything” to the UN. The United Nations refugee agency, UNHCR, has complained about the shooting of civilians in eastern Ethiopia. The Ethiopian army says it is investigating the deaths. It also said that aid workers were also killed. These are situations that demand a strong response.

So what should Canada do about all of this? Some have suggested that there is no room for sentimentality. All aid should be stopped – and only aid that is in line with Canadian interests, according to the Trump administration, should be sent. UN agencies, like others, say they do not want to take sides but they should not be undermined. Both the US and the EU have concerns about the Ethiopian government’s failure to protect civilians, but neither supports, or has backed up, pressure to end its humanitarian assistance. Canada should recognize this and not withdraw itself from its role as a reliable donor in the sector.

There has been some promise from the new Ethiopian government about using its power to prevent abuses in the long term, such as moving the military out of civilian areas. But as long as the security forces continue to be implicated in violence and human rights abuses, including cases of arbitrary detention, I will continue to support strong statements of condemnation and action from the EU and Canada. These countries do not only send their aid but have built up strong relationships with the Ethiopian government in the past, and their principles and words should be strong, not conditional, in ways that don’t appear to be at odds with their actions.

• Chris Dolan is an Ethiopian expert and expert observer of Ethiopian politics and civil society groups in Addis Ababa and the Ethiopian diaspora. @Orela