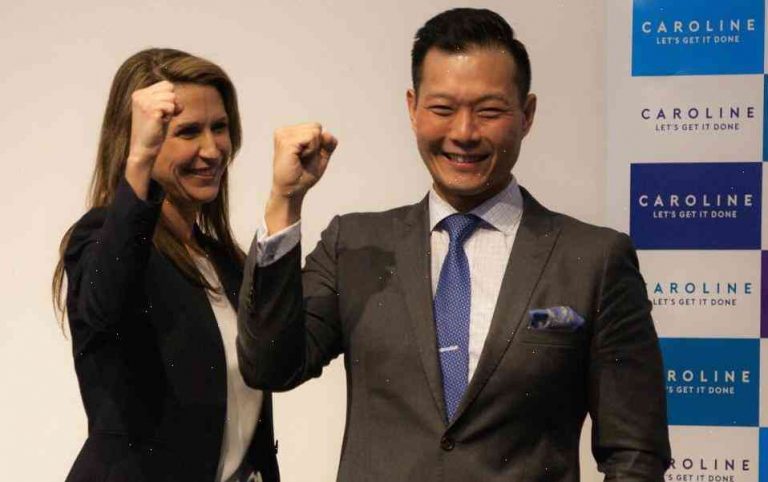 Transport for England awarded first development competition for £1.2bn project, seeking ‘a bridge on a whim’

Transport for England has begun seeking submissions for the design of a bridge spanning the West Yorkshire Moors.

Launching the most important section of the iconic new bypass in Bradford, the transport secretary, Chris Grayling, said the bridge would be vital for the new motorway and commuter rail link.

He was joined by the shadow transport secretary, Andy McDonald, and the member for Bradford North, Naz Shah, whose boundary was changed so the Moors can be included. Grayling defended the re-shaping of the electorate. “I’m a Yorkshireman,” he said. “Most people are very happy. The other MPs were very happy.”

The first of three contracts on the six-mile Elizabeth line motorway bridge has already been awarded. The tender process has previously sparked controversy and objections.

The call for bids starts immediately but begins only with secondary markets, meaning potentially all eight member states of the European Union could be consulted. The winning builder could be announced in the autumn or early next year.

How will the new Elizabeth line impact the area, which may be less prosperous than the others within the proposed route? On Friday, the Royal Observatory Europe offered some context on the nearby constellation Midsomer Norton, which orbits the star nearest to the end of the constellation’s long arm, Barnard’s Boot.

In the UK, the province of Yorkshire and the Humber is slightly less affluent and Labour MPs tended to want to draw attention to that. Five of the 13 MPs present voted against the infrastructure bill, with tabled amendments to boost social care and to tighten air quality rules. Four others voted against but did not tabled amendments, and six were not present.

A survey released last week by the University of Leeds concluded that construction of the Elizabeth line would result in a “massive redistribution of wealth”, with the new motorway widening going to West Yorkshire and the new West Coast main line stations being built north of the M62.

The study concluded: “Builders of rail stations and associated infrastructure would reap the rewards of a doubling of outward-bound car journeys and a halving of inward-bound train journeys on the new line.”

Also in the area is a number of freight and passenger bridges over the Pennines. These have recently been extended so they can accommodate Thameslink trains, which are especially heavy.

Bovis, whose brickworkers prepared the foundation for the bridge under a clear blue Yorkshire sky, said it was the world’s largest waste-rock quarry.

Steve Cook, the Bovis director, said: “We know that this particular engineering feat has had many headlines, but we’re making sure we go through the right process to make sure everything runs smoothly and it’s on schedule.”

Work will start before Christmas to increase the capacity of the bridge, which is in the primary market stage.

A separate competition, for the secondary markets of a 20mph pedestrian overbridge, to benefit 18 schools, was announced by the government. It will take five years to build.