Image copyright Getty Images Image caption This Christmas sweater outfit might be your favourite Olympic diver Tom Daley’s December made sweaters are sold out as we speak, according to YouTube, but are Bublé’s Christmas… 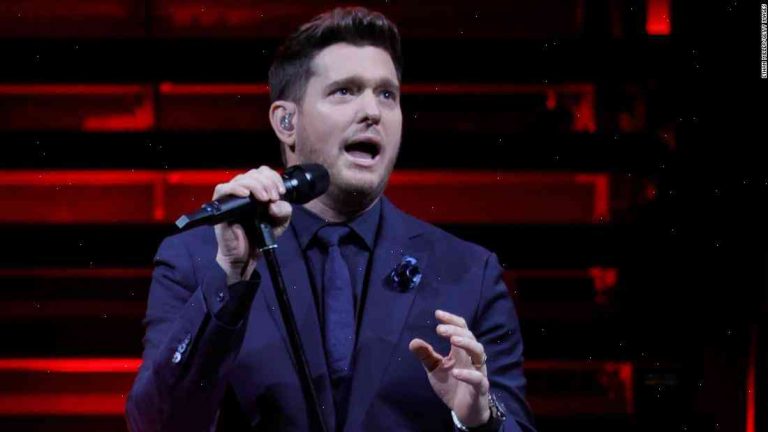 Olympic diver Tom Daley’s December made sweaters are sold out as we speak, according to YouTube, but are Bublé’s Christmas sweaters also selling out?

Well, we can be forgiven for the confusion.

Bublé, 45, has become a Christmas pop star since slipping into Barry White-style pneumatic curls, while Daley, 24, has abandoned diving for Christmas performances in a jumper set.

Bublé’s go-to look is a green tuft of fluffy white mohair tied around his waist and under the chin, usually paired with a Santa hat.

He has six mohair sweaters, each emblazoned with the word “Navidad” – Latin for Christmas.

Innocent enough. Not until you see his last sweater, which has giant papier-mâché angels, putti, angels, needles and a rabbit draped over it. How, or why, Daley would select the sweater, or the red scarf embroidered with festive baubles, remains a mystery.

As for the pair’s Christmas concerts, their joint tour seems to have started with Tom’s highly stylised performance of Mariah Carey’s All I Want For Christmas Is You (Featuring Daley):

Back to Bublé. His Christmas performances at O2 Indigo and Roundhouse were a smash hit, though he also performed a mixture of Christmas songs – including Little Drummer Boy and Rudolph the Red-Nosed Reindeer – and hit songs, as the BBC reported.

Image copyright Getty Images Image caption Bublé admitted that some of his Christmas shows may not please everyone.

With next year’s gig in Chicago in December, Daley and Bublé may be hard pressed to look that good even if their Christmas sweaters are fully copacetic.

While they may have qualified as a Christmas sensation, will Daley and Bublé’s turn as Christmas stars have to come at the expense of their diving careers?

Bublé’s time in the spotlight appears to have been well spent. His tweet from the tour opening night was vintage Bublé – “It was terrifying and ridiculous all at the same time”.