Pascale Neufeld, a member of the Saguenay region’s indigenous government, says he is uncaring and ignores the family lives of indigenous people Native leaders have described Quebec’s new prime minister as a “racist and… 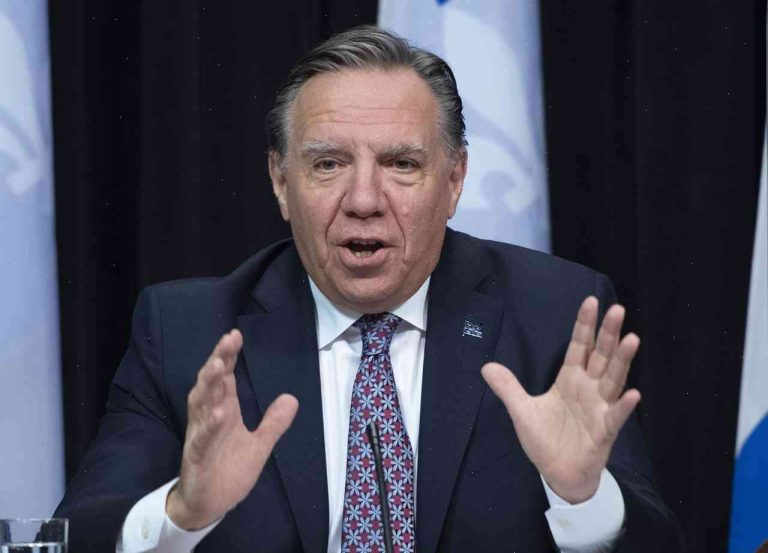 Pascale Neufeld, a member of the Saguenay region’s indigenous government, says he is uncaring and ignores the family lives of indigenous people

Native leaders have described Quebec’s new prime minister as a “racist and paternalistic” leader who treats indigenous people like he does his own children.

In her first media interview since Pierre-Karl Peladeau became premier in April, Pascale Neufeld, a member of the Saguenay region’s indigenous government, said he treats indigenous people as if they are “other” and not like his own children.

Ms Neufeld, a First Nations women’s activist and cousin of Parti Québécois leader Jean-François Lisée, explained that the “irresponsibility” of the government was “growing exponentially”.

“Péquiste party officials who have been in power [at the provincial level] since 2009 treated our people as if they were some sort of enemy, and they still do,” she told Quebec’s Centre-Journal newspaper.

Ms Neufeld gave the interview before an international summit on Quebec’s relationship with its 1.6 million indigenous people that began on Tuesday. There are about 700 First Nations peoples living in Quebec.

“Our community is vulnerable, because we have not been listened to,” Ms Neufeld said. “In the absence of official support, indigenous people often go it alone, to find something new and better in their community. Many of us are proud and dignified people, but don’t feel powerful; and governments talk about us as if we are some sort of other people, with inferior status, whose freedom to live without social, political or economic discrimination is up for debate.”

As a professional photographer, Ms Neufeld felt she had an obligation to take pictures of the event and to defend the rights of indigenous people. She was stopped at a security checkpoint of a city in her own province during the summit and put in the back of a police vehicle after she refused to take a passport photo.

“I said to the officer that she was treating me like a child, and no one gave me a proper explanation,” said Ms Neufeld. “Once she took the photo, I had a feeling that I could have been arrested. I told the officer that if I had a nose job, I would tell the whole world: ‘This is how [I look] like an indigenous person who is labelled ‘noble savage’.’ But he refused to let me enter.”

In November, he told the provincial newspaper Le Devoir that Québec’s indigenous population should denounce itself “because these numbers are not acceptable”. He went on to add that the Indian Act, the legislation that gives rights to Canada’s indigenous peoples, should be abolished.

On Wednesday, Ms Neufeld accused Legault of dismissing concerns of indigenous people without caring about their wellbeing.

In an interview with L’actualité, a news magazine, Legault admitted that his government does not always have access to indigenous communities.

“If there’s a problem in a territory, there should be a group of people that can relay that information to us. Right now, we have no way of accessing these territories unless they give us an OK,” Legault said.

Legault said he had no knowledge of the recent federal budget, which promised $90m to improve healthcare for indigenous people.

“We need to know if it’s a figure that is enough. What’s being done?” he asked.

Ms Neufeld said it was “more difficult” for indigenous people to seek help from their government, which sets policies under the control of the three main parties that control the provincial government.

Partial lunar eclipse: When and where to watch