This article is over 1 year old American 15-year-old celebrates 6-4, 6-4 victory over her Ukrainian rival in Auckland this week A spot in the US Open final could be reached on Monday evening… 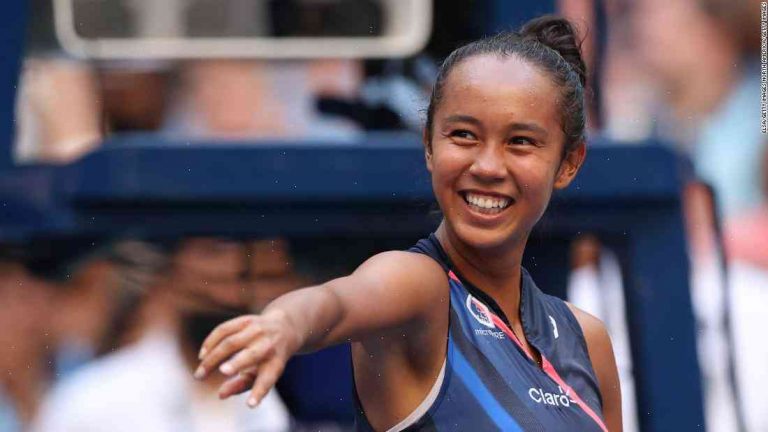 This article is over 1 year old

American 15-year-old celebrates 6-4, 6-4 victory over her Ukrainian rival in Auckland this week

A spot in the US Open final could be reached on Monday evening after the American 15-year-old Leylah Fernandez beat Elina Svitolina 6-4, 6-4 on Saturday to reach the quarter-finals of the ITF Championships in Auckland.

The Queenslander needed only 88 minutes to overpower the world No 16, who has reached the last four at Wimbledon and French Open in the past two years.

If Fernandez goes on to win the tournament, she will become the youngest player since Agnieszka Radwanska won the Connecticut Open at age 15 in 2007.

Fernandez also gave a surprise win to the World No 2, Caroline Wozniacki, at the title match in Hobart earlier this year and beat Svitolina in the second round of the French Open earlier this year.

She faces the world No 3 Petra Kvitova next after the Czech player defeated the Russian Evgeniya Rodina 6-2, 6-3.

Elsewhere, the Australian 14th seed Daria Gavrilova is in danger of a first loss in an Auckland event final after going down to Julia Goerges of Germany 6-2, 2-6, 6-4 in the first semi-final.

Gavrilova is chasing her third title at the tournament, having won it twice before in 2013 and 2015, but she has failed to keep her winning momentum going at tournaments in Australia this year.

She went into the match trailing her opponent 4-0 in the second set, before turning it around.

Goerges broke Gavrilova’s serve to take the set but the Australian bounced back quickly and broke Goerges three times in the decider.

But Goerges served to stay in the match before coming through with a backhand volley winner.