I met with an unusual group in Chicago recently. These men and women, whose populations would include our small towns if I counted our states, are women employed by private lenders, and they worked… 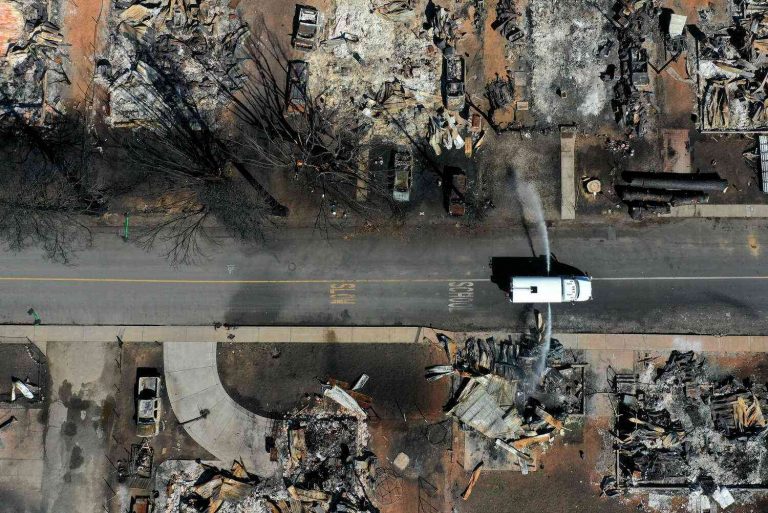 I met with an unusual group in Chicago recently. These men and women, whose populations would include our small towns if I counted our states, are women employed by private lenders, and they worked in various field offices of the Federal Emergency Management Agency. We talked about “private options.”

All of the lending we’ve seen in disasters comes through FEMA or through corporations that pledge disaster relief “on the spot” for private companies. Here’s how the fix works: FEMA or the companies offer loans to displaced citizens of areas subject to a disaster. These loans come with a term of five years and are guaranteed by the taxpayer-funded federal government. Many claim that it is our duty to lend to these communities when so much harm has been done.

The actual problems with the mechanism that grants out these federal “private option” loans are numerous. First, there is never enough money to cover the costs and the needs of the victims. Already, there are fears that “fast-track” federal disaster relief will only make matters worse. In the 1996 hurricane season, FEMA loaned $1.1 billion to individuals, which was supposed to help approximately 400,000 residents. But, on average, one-third of those loans were claimed by the government and the actual size of the relief would have required about $6.2 billion.

The loans are paid back through public resources, and eventually every taxpayer will be on the hook for a fixed percentage of their income. There are also a lot of exemptions and ways that this money can be reallocated. As with other disasters, there are requirements that some people should be covered, but victims are so weak that it will be almost impossible to cover everyone.

The loans are so limited in amount that they make no sense for most residents of disaster areas. Debt payments don’t make sense if there are no jobs for those who borrowed and there is no guarantee of rent or to purchase and set up a new home in the new community. Further, when you add insult to injury, the government funds have no credit limit and are non-transferable. It’s conceivable that people could borrow the maximum amount that they would use and then borrow again once a new house is built. The loan fund is only available if you are unemployed and whose income drops off after the storm.

Funding that taxpayer dollars have already been used on should not be used for the borrowers of those loans. Similarly, any price increases from constructing new homes are taken out of the anticipated annual rent to make the rent as affordable as possible for the community. This process will have a negative impact on a community’s ability to help all those who are most in need.

The whole process is just a con game. A large part of the money is simply shifted from the U.S. Treasury to corporate coffers. It takes away money from the needs of disaster victims, and it is not a fair and sustainable way to finance disaster assistance.

Despite the “private option” lending model, FEMA is not equipped to handle disaster-related issues. The agency is run by politicos who are untrained in disaster management. They struggle with basic questions, like how do we stabilize the market when people are rehousing in a sea of sand? Who deals with the risk that taxpayers might be forced to pick up the slack if a portion of the price paid for a new home ends up unaffordable or out of reach?

The Obama administration and FEMA officials have made claims that FEMA can operate without a budget to house anyone or pay the interest on the loans. The funding already in place should already handle disaster recovery. FEMA, alone or through a more accountable relief agency, should do this.

But, as a Republican who served in Congress with help from the Federal Emergency Management Agency, I have strong doubts that the modern version of FEMA has the ability to adequately serve this nation.

NASA spacecraft to crash into asteroid Bennu to alter its orbit