A regularly used cycle lane on part of central London’s South Bank reopened late on Tuesday, just under a month after it was closed after pedestrians were killed crossing it. The southbound cycle lane… 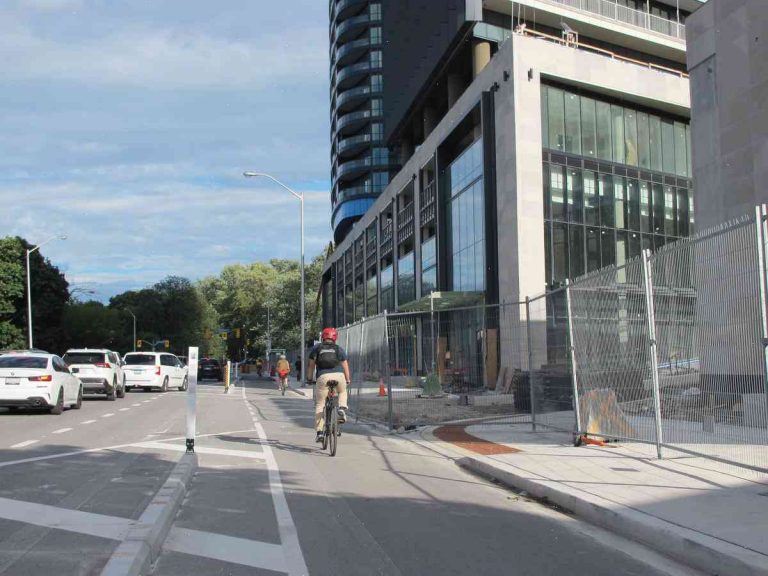 A regularly used cycle lane on part of central London’s South Bank reopened late on Tuesday, just under a month after it was closed after pedestrians were killed crossing it.

The southbound cycle lane on Aire Street, from Birdcage Walk to the bridge leading to the South Bank, was closed for two weeks after two people were killed crossing the road, one when they were hit by a train, and one when they were knocked over by a car.

The closure forced thousands of cyclists, walkers and trams into a far more treacherous route, a two-mile walk along Embankment in the middle of the city.

Aire Street in South Bank had been closed to all vehicle traffic but had remained open to cyclists. In a statement, Westminster council said the construction team working on the southbound cycle lane had found it could not be reopened until they repaired the existing overhead wires.

The contractor, Kanth Engineering, had started the repair work on Tuesday morning but it was not known when it would be completed. The new cycle lane would then be taken down for a year for maintenance, although there is no firm date for its reopening.

Earlier, work was being carried out to replace brickwork on a 200-year-old tower in Blythwood Avenue, north London, to replace “non-working bricks”. The 13ft (4.5 metre) tower was built by Brignall as a study house for James William Mitchell, the landowner of Blythwood. The brickwork repairs are expected to take about four weeks.

A £7m scheme to clean up major potholes near Blythwood golf club has been completed. Photograph: Blythwood cricket club

The pedestrian tower, built in 1757, stands at the entrance to Blythwood, the £3.5m restoration of an 18th-century mansion in Totteridge.

The £7m project, the work being undertaken at Blythwood comes ahead of an £81m overhaul of Blythwood intended to preserve its heritage and create 21st-century “community spaces”.

The grand parade ground and dining hall of Blythwood is being replaced by a sports centre, with one of the original landmarks of the property, The Marquis, to be returned to its former grandeur.