The St Regis Nairobi, a tower of luxury that will soon rise up from Nairobi’s streets, is to open in December. The hotel, which is among Kenya’s tallest skyscrapers, will feature two restaurants, a… 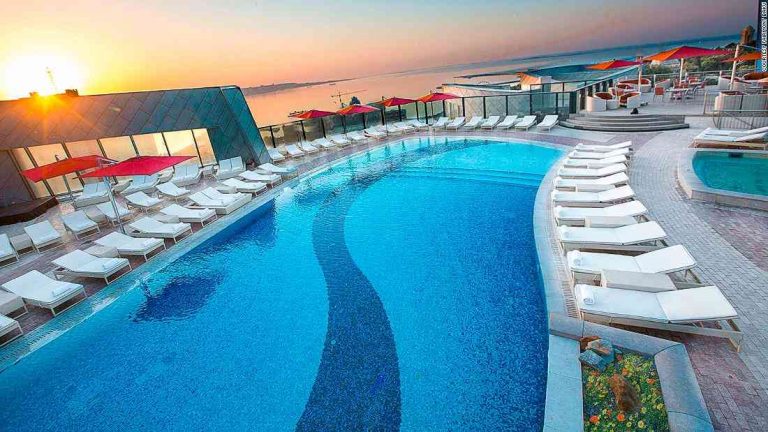 The St Regis Nairobi, a tower of luxury that will soon rise up from Nairobi’s streets, is to open in December.

The hotel, which is among Kenya’s tallest skyscrapers, will feature two restaurants, a fitness centre, luxury spa and cinemas. Spacious rooms are said to be fitted with flat-screen TVs, flatscreen phones and tablets. While none of the rooms feature complimentary high-speed wifi, guests will have free access to various types of internet from local providers.

For those who don’t want to try out the hotel’s luxury facilities, the Art Deco buildings surrounding the tower are regularly used for conventions, weddings and funerals. Among the organisations to take advantage of the site in recent years have been the US military and the UK-based aid charity Plan International.

The building is now 57 floors high, set to make an impressive contribution to Nairobi’s skyline. Construction began in 2013 and is due to be finished in December, although it is unknown if it will remain the tallest hotel in Kenya. In May, the Raffles Hotel in Nairobi smashed the previous record, the height of which was 11 floors, reaching a staggering 12 floors of luxury, with 236 rooms.

While details of the St Regis’s hotel rooms are not yet public, the last time The Favourite was shown in cinemas, there were plush rooms inside with fireplaces and solid granite toilets.

To make way for the mammoth construction, about 50 homes were demolished last year, according to urban planning specialists. One of the affected residents, Pamela King, said: “I think people have to make sacrifices when they move into a new area like that and they should know that in return they get those extra things, those amenities.”

A spokesman for the hotel said it was difficult to say how much it has spent on the building or the total number of construction workers at the site.

Bryan Adams reveals another problem from his cancer battle

Off Broadway: a writer and composer explains the legacy of ‘Sunday in the Park With George’