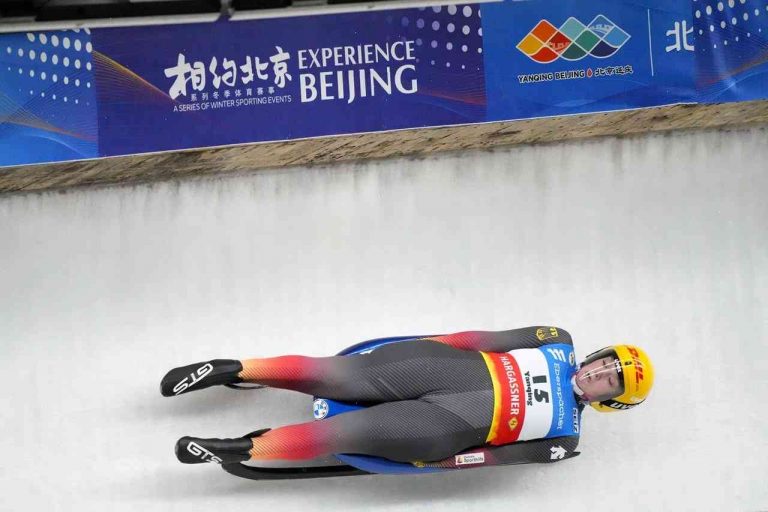 A German luger who claimed she had no interest in winning her team’s first World Cup women’s medal at the Sochi Olympics finished second Saturday in the opening round of the final World Cup of the season.

The U.S. women haven’t won an Olympic medal in luge since Lisa Weber in 1996.

Maria Hamill of Germany won the Olympic singles title in 2010 and she was second Saturday in the last World Cup of the season. Julia Mancuso of the U.S. is the lone remaining medalist from Vancouver in luge.

Sweeney’s finish was good enough to send her to the next World Cup event, in Calgary on Oct. 22. Because she missed the Olympic qualification deadline by two months, she won’t be able to compete in Pyeongchang, South Korea, in February.

The U.S. sent Hansen and Hamlin to Sochi. They finished 19th and 14th, respectively.

Hansen said this week that she wasn’t planning to win the race.

“I don’t get into this sport for medals,” Hansen said. “To be honest, I don’t know what medal I’m looking for.”

The women’s competition will be a prelude to the men’s races later in the day.