During the last few weeks, more and more college students have been coming to campus with freshly-frozen turkeys. At Boston College, students began receiving about 1,000 turkeys a week around Labor Day. “Most students… 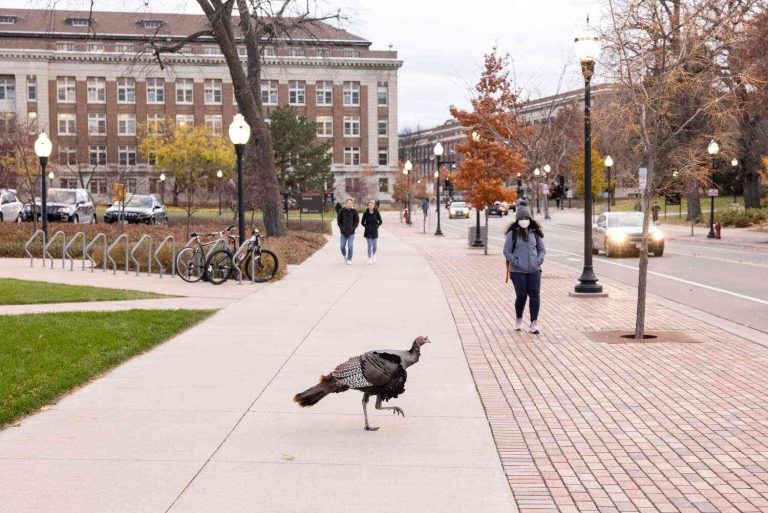 During the last few weeks, more and more college students have been coming to campus with freshly-frozen turkeys.

At Boston College, students began receiving about 1,000 turkeys a week around Labor Day. “Most students didn’t know there was a turkey festival because it was so nondescript and uneventful,” said Brynn Offin, a BC student and the founder of BC’s Turkeys For Tots in the last two years. “People couldn’t wait to go and visit all the people who gave me the turkeys.”

“We deliver about 200 to 300 turkeys a day and also have a welcoming station to allow students to take a photo with the turkey,” she said. The annual event, now in its third year, is open to the public and ends on November 16.

“The feeling that I get after delivering something like 1,000 turkeys to BC students is indescribable,” Offin said. “I hope to never stop.”

Breanne Cagney, a BC student and a vice president of the University’s Students’ Association, said it was great to see the black and brown student body working together with the turkey organizers. “I look back on the day that I helped bring in my 1,000th turkey and it made me feel really proud,” she said.

Offin first came up with the idea for BC’s Turkeys For Tots after participating in a similar, outdoor Thanksgiving Day event in college. When Offin started BC’s Turkey Drive, other colleges in the area started emailing her to offer help.

“The response was amazing and universities are very much involved in these efforts. It was really cool,” she said.

Offin estimates that BC’s turkey drive has served as many as 60,000 people over the past few years.

Over at Emory University, student organizers have provided 1,000 turkeys to needy students during the school’s Turkey Walk this month.

“For our turkey drive, students use a pick-up window at Emory Point Center where they bring in the turkeys,” said Ralcor Harrison, executive director of the Emory Turkey Walk. “We then count the turkeys before we place them inside a cooler and drive them down to the Thanksgiving Day parade in Atlanta.”

“We make sure that there are turkeys for almost every student that is a part of the group,” he said.

Harrison said over the past couple of years more and more students are getting involved in the annual Turkey Walk event.

“The growth that we are seeing is through participation from students and parents,” he said. “You will probably see more and more students and more parents participating in these turkey drives because it is something that is fun for the students and helps the Turkey Walk receive a lot of recognition.”

At Indiana University, students were tasked with raising funds to give to food banks in West Lafayette.

“Last year there were about 2,000 turkeys,” said Katie Lafferty, the director of Outreach and Community Engagement. “This year we are expecting about 4,000 turkeys, which is more than the food pantry has ever received. It’s been an incredible success.”

She estimated the students raised more than $40,000 for the Food Bank of Central Indiana.

“We’ve been in touch with the Food Bank and we’re going to be helping their potluck fund,” she said. “For our holiday on campus this year, we donated 200 turkeys to the Purdue Bakery and will have a presentation on how to cook them. We are very happy to be doing our little part for Purdue and the whole community.”

How could Japanese sleds benefit from US Olympic bobsledder Olsen’s gibberish?