A.M.EXICO Art Foundation This week, Art Basel’s show in Shanghai, [email protected], opened after a surprise announcement last fall that it was moving from Hong Kong to China’s capital city in Shanghai. It brought $500… 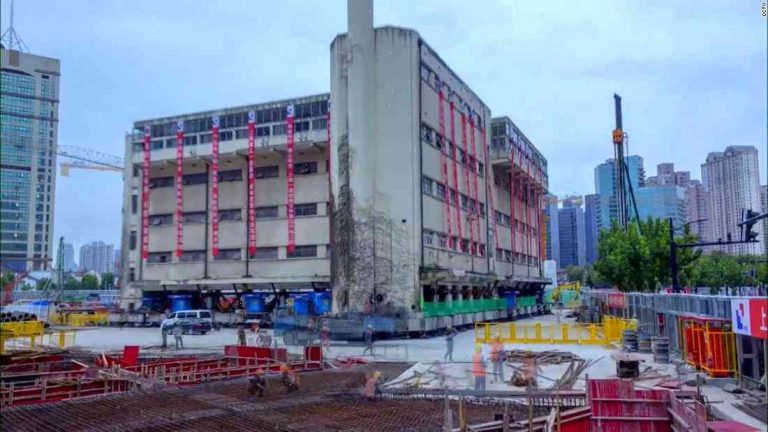 This week, Art Basel’s show in Shanghai, [email protected], opened after a surprise announcement last fall that it was moving from Hong Kong to China’s capital city in Shanghai. It brought $500 million in art to a city that’s struggling to keep art even on the fringes. [email protected] opened in October 2015, but its exhibition space’s modernization on March 28 gave it that extra symbolic significance that its big opening could not have come at a better time.

Back in October, it came as a surprise to most that the event wasn’t going to be held in Hong Kong. “A.M.EX,” the A.M.EX Art Foundation, to which the show was moving, had announced that it was burning through all its money in three years. One of its major contributors was the Shanghai billionaire Zhuhai Liu Tai, one of the richest people in China and a supporter of [email protected] Art Basel got the jump on [email protected] by announcing it would be moving in March, weeks before its new space was ready. Not long after that, a relationship agreement was signed that included a financial provision that, if A.M.EX burned through its entire allocation, Art Basel would pay 50 percent of the renovation expenses.

Beijing architects GF Tang and the British firm OMA with PP & Associates replaced the 19th-century building with an all-steel glass pavilion. For several months, the building was under construction — without any exterior walls on view — and artwork existed in the boxes of steel fins that were built into the façade. On one level, the digital bubbles expand the layers of media and sculpture they contain, creating an interactive and fluid reading of the installation while also facilitating public viewing, line of sight and crowd construction. For its final hours of open view, [email protected] turned an industrial building into a megalopolis with modern arches. It’s both a massive self-portrait of the city it’s showing at and a physically complex construction to boot.

Part of what makes it a “walking” museum is the outside curation. It tries to create a low-scale cityscape in a place that normally is called, and this is a familiar name to most American art history students, “the city of mirrors.” Since part of the foundation is “dedicated to architecture,” its patrons are not surprised that some of the galleries are indeed focused on glass constructions and metropolises.

It’s simply a bigger and more complex series of contemporary images than its Hong Kong equivalent. (There are currently four; Shanghai will have the last two.

The Shanghai Arts Center, meanwhile, turns 15 this year. Since 2005, its chairman and president (and yes, his beautiful wife the museum’s executive director) has been Huang Wenwei, also known as the Shu Xiou. In 2016, he spent $380 million to make a Chinese ode to “Traviata,” and its current exhibition includes a major 20th-century painting, “The Future” by Wang Jiuling, and a photo by Yao Dong. Yet all of the attention has been on [email protected], leaving Huang’s museum more opulent and modern (and frankly a lot closer to the city’s position as center of contemporary art in Asia) than in its beginnings in 2005.