Award-winning composer Stephen Sondheim, who died Sunday at age 82, hailed the “civilization of songs” that he wrote in a 1971 interview, noting that it had taken nearly 20 years from his first lyrics… 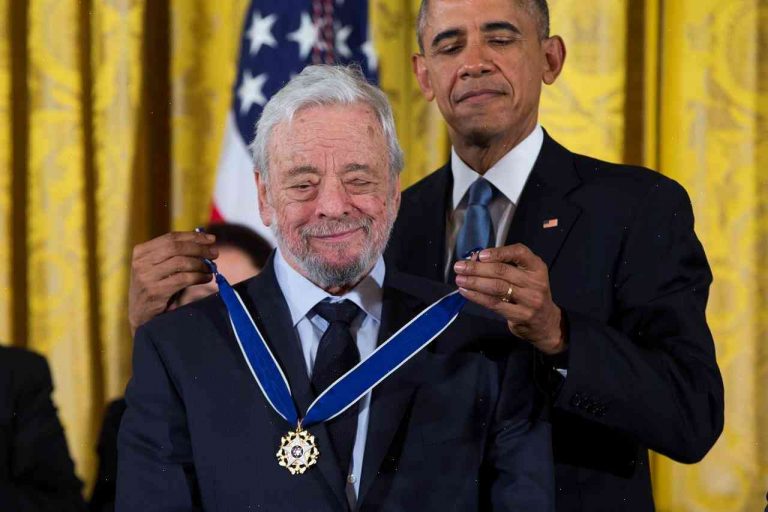 Award-winning composer Stephen Sondheim, who died Sunday at age 82, hailed the “civilization of songs” that he wrote in a 1971 interview, noting that it had taken nearly 20 years from his first lyrics to have a play that he played a part in write a song he liked.

“The world seemed full of irony. It looked like it was going to be fine, but you knew what a hilarious song is, you knew you’d be riding a great wave until somebody said ‘It’s a total joke,’” Sondheim said in the interview. “If I wrote a note to somebody that I thought was, you know, a silly or stupid thing, I might have to call it off but I often used to go up to a friend of mine, give him a line or two, and so many guys would join in. You know, ‘Oh, this is a crazy line.’ I used to use that as a way of warning people off something, but when you’re writing music you’re so great about writing song after song after song that you can’t get in too many jams.”

Why those jams? Sondheim, who won a pair of Tony Awards for his songs in the 1979 musical “Company,” grew up in Brooklyn and decided he would never become a lawyer because he was “too hard on myself.”

Sondheim made his initial breakthrough in the theater with the off-Broadway and Broadway triumphs “Sunday in the Park with George” and “West Side Story.”

He never went big with numbers he didn’t feel adequately, so his catalogue had only a few showstoppers — “The Ladies Who Lunch,” “I’m Still Here,” “Send in the Clowns,” “You’re a Good Man, Charlie Brown” and the a capella “Over the Rainbow” (he wrote six versions, including seven with the Harold Arlen lyrics.)

Sondheim’s career was riven by the ups and downs of mortality — both personal and professional. He suffered a career setback in 1989, when he was forced to withdraw from “Follies” after it was revealed that the show had used blue masks and costumes onstage.

His personal life was tormented by his troubled marriage to the actress Karen Black, who had started her career in Washington during the 1950s. The couple reconciled in 1985, just before Sondheim’s career was reinvigorated with the book for the new musical “Into the Woods.” He collaborated with James Lapine on the story of “Into the Woods,” and wound up as the show’s composer-lyricist and the one playing to the front of the stage.

Sondheim wrote music and lyrics to “West Side Story” and “Sweeney Todd,” with the last one being made into a movie that starred Johnny Depp. He is also one of the three composers to receive a Pulitzer Prize (for the musical “A Funny Thing Happened on the Way to the Forum”) and an Oscar for best original song for “Somewhere.”

Once in a while, an article or a videotape that made headlines would bring him to his attention, he said in 1971. “There was a movie one time called ‘Pink Flamingos,’” he said. “And this guy, a big Hollywood movie, and people seemed to think that was a good movie — it was.”

Our hypersonic rockets can survive attacks from the sky, military officials say