The issue of the growing consolidation of emergency dispatch centers across Alberta is getting a fresh look by the provincial ombudsman. Following in the footsteps of other provinces, Alberta’s provincial government wants to cut… 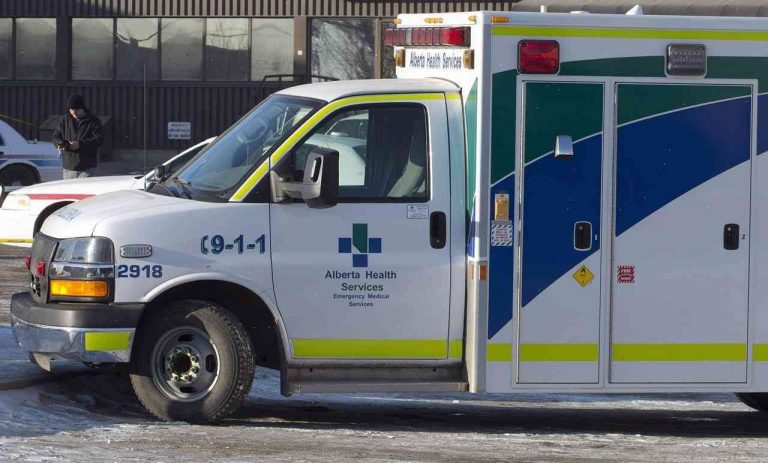 The consolidation in Alberta is part of a larger trend of more cities consolidating or simply contracting emergency call centers. Research by the Centre for Public Health and Emergency Medicine shows that one in four emergency dispatchers in the United States now work for ambulance companies instead of 911 call centers, where sometimes they are on duty for more than 100 consecutive hours, a process called call consolidation.

Helen Currie, the ombudsman for Alberta, has now asked her staff to do a review into the merger of eight centers in Alberta. “While the government says its emergency call system is efficient, that is not always the case in practice,” Ms. Currie said in a press release. “I have been told that Alberta residents are calling, but that too few ambulance services have answered their emergency calls, and in some cases, there are no ambulance services at all.”

She also noted that a dozen emergency center operators have left their jobs since April. Some issues that still need addressing are the high cost to ambulance companies and inaccurate information that is given to ambulance operators about where to focus their efforts.

“The dispute in Alberta has rightly caused alarm in the hospital lobby and emergency room,” Ms. Currie said. “It also has medical community concerns and at least one complaint filed with the ombudsman.”

The provincial government has yet to respond to the Ontario ombudsman’s call for an investigation into the plan to close seven of the province’s emergency dispatch centers. Ontario’s ombudsman has said that the plan is dangerous for residents.

In Alberta, the question remains how many centers should remain. Some critics have said that the Alberta government should consider keeping some centers in at least rural areas. Regionalization increases the possibility that only some rural areas will get any response to emergency calls.

In response to Ms. Currie’s findings, the Alberta government said that it is “taking time to go over all of the findings and the conclusions of the ombudsman. The government will respond to the ombudsman’s report in the coming weeks.”

That response will have an uphill battle in light of calls by Ms. Currie, who said that the truth is that none of the problems noted by her office can be fully addressed until the legislature re-commits to the plan for Emergency Operations Centres, at least one in central Alberta.

“We have highlighted the critical nature of emergency health services – people need access to emergency health services, and they cannot function adequately unless there are ATOC facilities available,” said Kristin Englund, president of Doctors for Fairness. “We urge government to uphold its commitment to maintaining ATOC facilities in central Alberta.”

Dr. Rosemary Reed, executive director of Doctors for Fairness, agrees with her colleague that the Alberta ombudsman’s findings will keep the medical community in Alberta up at night. She added that the premier’s office has not given the public much reassurance that ATOC facilities in rural areas are safe.

“To consider building new centres is only extremely risky, because the ATOC is the best facility there is,” she said. “This is our patients’ homes and our safety net. It is our lifeline.”